YOU ARE THE MEDICINE

“I am wise even from within the womb of my mother. I am the woman of the winds, of the water, of the paths, because I am known in heaven, because I am a doctor woman.”
– María Sabina Magdalena García

María Sabina was a Mazatec sabia (“one who knows”) or curandera (medicine woman), who lived in Huautla de Jiménez, a town in the Sierra Mazateca area of the Mexican state of Oaxaca in southern Mexico. She spent her entire life in that small village up in the mountains and worked the land in order to pay for (perhaps paradoxically) beer and cigarettes.

She did not know how to read or write. Her verses were either spoken or sung. She expressed herself through the voice of “the sacred mushroom”, in a language that could be neither taught nor acquired. Her chants were first translated from her native Mazatec into English, and later into Spanish. Her healing sacred mushroom ceremonies, called veladas, were based on the use of psilocybin mushrooms, such as Psilocybe cyanescens. They are known for introducing the western world to entheogenic mushrooms. 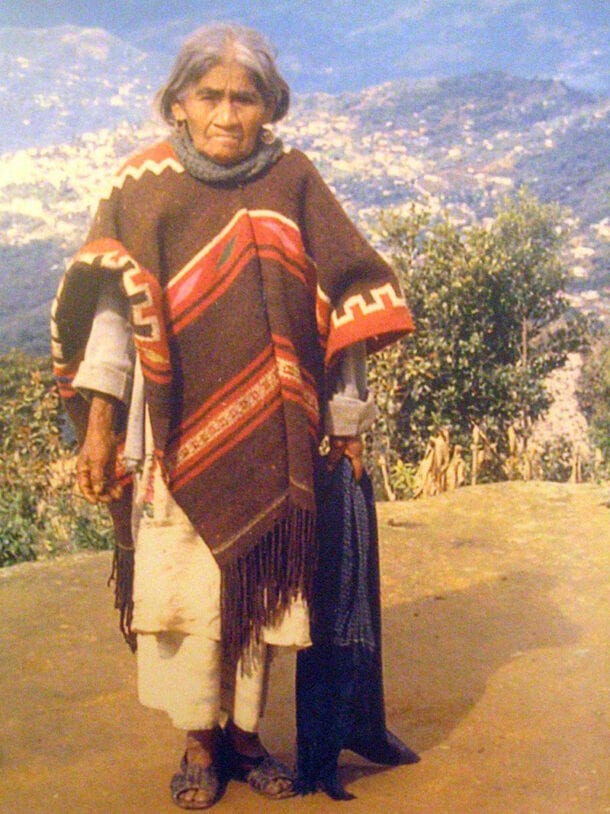 María Sabina is regarded as a sacred figure in Huautla and considered one of Mexico’s greatest poets. She did not take credit for her poetry; the mushrooms spoke through her:

Cure yourself with the light of the sun and the rays of the moon.
With the sound of the river and the waterfall.
With the swaying of the sea and the fluttering of birds.

Heal yourself with mint, with neem and eucalyptus.

Sweeten yourself with lavender, rosemary, and chamomile.

Hug yourself with the cocoa bean and a touch of cinnamon.

Put love in tea instead of sugar, and take it looking at the stars.

Heal yourself with the kisses that the wind gives you and the hugs of the rain.

Get strong with bare feet on the ground and with everything that is born from it.

Get smarter every day by listening to your intuition, looking at the world with the eye of your forehead.

Jump, dance, sing, so that you live happier.

Heal yourself, with beautiful love, and always remember: you are the medicine.