“We don’t want any crap in our wine!”

Natural wine producer Francesca Padovani is clear. And so are many other natural growers around the world. Natural wine producers defy modern winemaking and return to artisanal methods. They make wine without additives, without stripping it from its soul with filtration or fining. The natural wine movement has grown from being an outsider in the wine world to becoming “trendy” and sought-after. However, women producers are still outnumbered by men, even among natural winegrowers. Who are some of the badass women who make natural wine in the heart of Europe? Why have they chosen to do what they do? What are their passions and challenges?

Meet nine women from across Europe: among them a graphic designer turned winemaker in the middle of the Austrian capital; the sisters in Burgenland who told their father that they had a plan and that he had to back off; the winemaker in the Jura who trusts only herself and her feelings with- out regard to what others may think; a steward of nature in Sicily, driven by one thing – to leave a legacy for future generations.

Wine writer Camilla Gjerde and photographer Cecilia Magnusson have met some of the female trailblazers on the natural wine scene, traveling by train and bike in once-obscure wine regions in Italy, France, and Austria, to let you take part in nine women’s unique stories.

We Don’t Want Any Crap in Our Wine is the first book focusing solely on women producers of natural wine.

The Caribbean Housewife is the first in Copenhagen, Denmark to present the book along side a selection of photography by Cecilia Magnusson. The works are on show from October 3 until December 15, 2021.
On December 8, during our HOUSEWIFE ROAST, we will also host a meet-and-great and book signing event with the author!
The publication can be purchased in our store! 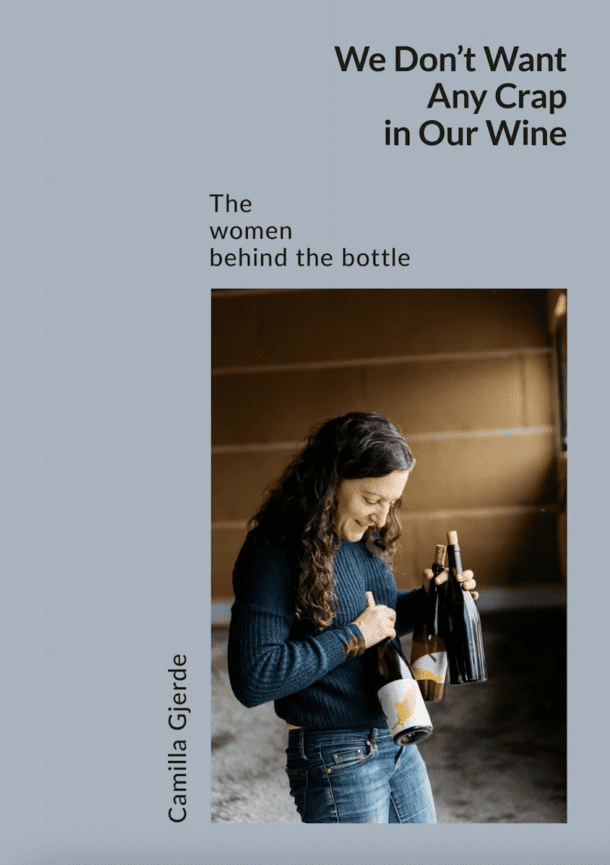